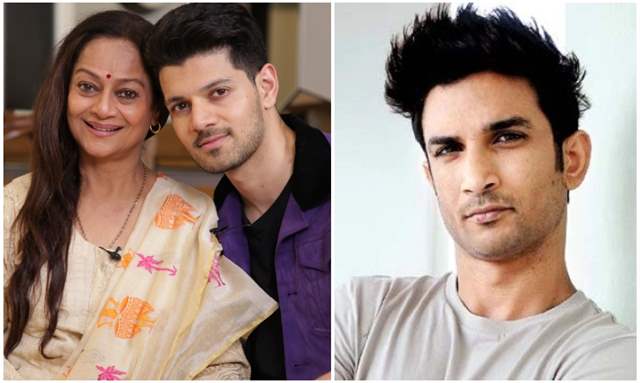 Bollywood actor Sushant Singh Rajput passed away on June 14 2020. The 34-year-old actor died by suicide by hanging himself at the Bandra residence in Mumbai.

Sushant’s tragic death has paved way for a boiling debate against Bollywood work culture, nepotism and camps among netizens. Many A-lister celebs like Karan Johar, Salman Khan, Alia Bhatt, Sonam Kapoor among others are facing the wrath of trolls for allegedly mocking the late actor and passing lewd comments.

Besides nepotism, many other conspiracy theories are being linked to Sushant’s demise. Actor Sooraj Pancholi’s name has also come under the radar and there are rumours of his alleged relationship with Sushant’s ex-manager Disha Salian.

Rumours suggest that Disha was pregnant with Sooraj’s baby and sought help from Sushant, which led to a tiff between the two actors. Disha died on June 02, 2020, after falling off a high-rise building in Mumbai's Malad. The Police has yet not confirmed if it was a suicide or an accident.

Sooraj Pancholi has already hit back against the rumours and stated that he has never met Disha Salian in his life and also defended that he was on good terms with Sushant, thus debunking the reports of a tiff between the two.

Now, Sooraj’s mother Zarina Wahab has stood in his support and lashed out at the reports linking her son’s name to Sushant Singh Rajput’s death case. In an interview with The Times of India, Zarina said, “People are unnecessarily dragging Sooraj into this. They just need a helpless person to blame everything for. He has nothing to do with Sushant Singh Rajput’s case. People are just cooking stories. Sooraj and Sushant were not ‘friends’ as such but they knew each other and they spoke to each other cordially whenever they met. They called each other ‘brother’.”

Zarina also mentioned that the trolls can impact Sooraj’s mental health as she claims that the actor is already facing a tough time in his life. "It is not right to take advantage of someone’s helpless situation. People do not fear anybody. I think people have too much free time to do these kinds of things. It is easy to sit behind a computer and talk about people. They don’t think about how these things will affect the concerned person. Sooraj has already gone through so much in his life. How can someone kill someone whom he has known only for a few months?” she added.

Sooraj Pancholi was also dragged in the suicide case of his late girlfriend and actor Jiah Khan. He has been charged with abetment and is facing trial in the same case.

Sooraj Pancholi Slams Reports of Affair With Disha, Link Up to ...

RapChick101 2 months ago With all due respect Zarina ji, maybe you should look into the kind of activities Sooraj is always into, I mean disha’s case is similar to Jiah khan and that’s saying something. And as far as SSR is concerned, puh-leese. Your son is faaar from helpless :/

"Rhea Met Sushant on June 13, Attended a Politician's ...
3 minutes ago

Erica Fernandes shares a glimpse of music video with Harshad ...
14 minutes ago

Roadies Revolution: Permanent rivals Arushi and Apoorva to ...
40 minutes ago

Abhishek Bachchan has the most Humble and Savage reply to a ...
42 minutes ago

Ravi Kishan gets Y+ security after threat calls for speaking ...
44 minutes ago

Kushal Tandon feels there is enough work for everyone in the ...
52 minutes ago