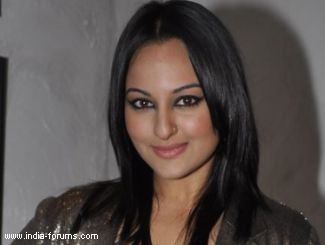 Shirish Kunder has uninhibitedly admitted that actress Sonakshi Sinha's role in his next directorial "Joker" is "cooler" than her part in her debut film "Dabangg", which brought her instant success.

When a Twitterati asked Kunder: "Is Sonakshi's role cooler than 'Dabangg', please reply," he wrote back: "YES and she is there through the film."

Sonakshi, daughter of veteran actor Shatrughan Sinha, was cast opposite Salman Khan in "Dabangg". She played his love interest in the movie.

In "Joker", a 3D project, Sonakshi will be seen opposite Akshay Kumar.

Actress Asin Thottumkal would have been a part of "Housefull", but date issues kept her away. However, she is glad to associate with filmmaker Sajid Khan ultimately for "Housefull 2".

A source informs that the actress was approached for the 2010 film "Housefull", but she couldn't accommodate it due to date issues.

Khan also wanted her to do the hit dance number "Dhanno" from the same movie but that too didn't work out, and Jacqueline Fernandez was roped in for the same.

But when the "Housefull" team decided to make a sequel to the movie, Asin was roped in.

Actress Vidya Balan, riding high on the success of "The Dirty Picture", and awaiting the release of "Kahaani" says one can sense the fate of a movie while filming it.

"Obviously you feel sad when your film bombs at the box office because you put the same amount of effort. However, during the making of the film itself you get an idea whether the film will work or not," said Vidya.

The 33-year-old, who has a rising graph in the film industry, feels she still has a long way to go.

"I have got more than I have asked for. Luckily most of my films have not flopped," she added.

Sanjay Gagnani tests negatieve for COVID 19, to resume ...
18 minutes ago

Gurmeet Choudhary and Debina Bonnerjee test positive for ...
30 minutes ago