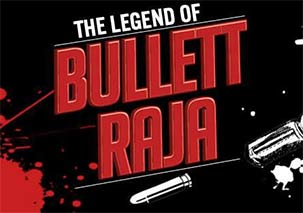 As a graduate in fashion designing, Sonakshi Sinha has an eye for detail, and she loves street shopping. She decided to accompany her stylist for a shopping spree in the lanes of Kolkata when she was shooting for "Bullet Raja".

Sonakshi plays an aspiring actress in the Tigmanshu Dhulia movie in which she is paired with Saif Ali Khan. The film's narrative is set against the backdrop of Kolkata and Lucknow.

From Mall Road to Chowringhee Lane and College Street, Sonakshi travelled everywhere with her stylist to pick clothes for herself.

"Sonakshi loves street shopping, and when she learnt that the clothes for her role have to be picked up from some famous lanes, she jumped to the idea and insisted that she too goes with her stylist and it will also help her to understand the role better," said the source.

"Bullet Raja" is about a mafia based in Uttar Pradesh.