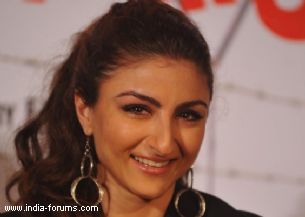 Actress Soha Ali Khan, who is in the midst of shooting and promoting her new film "Mr. Joe B Carvalho", will fly down to Delhi to be with her mother Sharmila Tagore as she turns 69 Sunday.

Apart from shooting a song in the beautiful locales of Coorg for the film, Soha is also going all out for the promotions of the film. Amidst all this, she requested the makers of the film to give her a day off to ring in her mother's birthday in Delhi.

Confirming this, she said in a statement: "I will be in Delhi with my mother to ring in her birthday. It's a family affair"

A source close to the film's production team said that Soha will fly back the next day to complete the shoot.