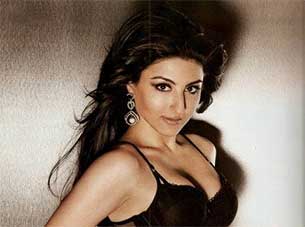 Her mother, veteran actress Sharmila Tagore, flaunted a bikini way back in 1967 in "An Evening in Paris". Now after so many years, Soha Ali Khan has donned the two-piece garment for her forthcoming film "Mr.Joe B Carvalho".

This is for the first time that Soha will be seen in a bikini in her nine-year-old film career, said a statement.

Soha plays a police officer in the film but the audience will get to see her in several avatars like that of a cabaret dancer and even an 'apsara'.

Directed by Samir Tiwari, the film is set to hit the screens Jan 3, 2014. It also features Arshad Warsi and Javed Jaffrey.