View Profile
New Delhi, Jan 13 (IANS) Not many know that the story of 'Slumdog Millionaire', the movie about a Mumbai slum kid winning a million-dollar quiz show that has become a global rage, germinated in the north 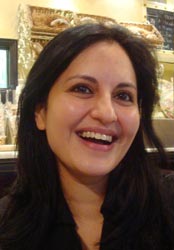 For it was here that diplomat Vikas Swarup first conjured up the story that has now become part of the India success story.

Born and brought up in Allahabad, Swarup, an avid quizzer since his college days, toyed with the idea of writing a novel based on the hugely popular quiz show presented by Bollywood superstar Amitabh Bachchan during his holiday breaks from his day job as a diplomat. He, however, finally managed to write the novel 'Q and A' only in the evenings in London over five years ago when he was posted there as counsellor at the Indian high commission.

Swarup's success has triggered waves of jubilation in South Block and has put the spotlight on the so-called IFS school of writing - that refers to diplomats venturing into the realm of fiction writing.

Navtej Sarna, India's ambassador to Israel, created a splash a few months ago when he published his book 'The Exile', based on the life of Maharaja Duleep Singh.

'Swarup is generally liked in the ministry. There is a sense of pride in his accomplishment,' a diplomat who did not wish to be named, said.

Former foreign secretary Lalit Mansingh sees Slumdog's success as part of the India success story. 'If he had written this book 15 years ago, not many would have noticed it. The movie is such a hit,' Mansingh told IANS.

'But it's all part of the India success story and a growing recognition of India's strengths in diverse fields, including literature. It's part of our soft power,' he said.

Swarup, who served as director in then external affairs minister K. Natwar Singh's office before he went to South Africa, is 'astonished' by the success of the movie version of his novel. The film won four Golden Globe awards Monday.

But the diplomat-author, currently India's deputy high commissioner to South Africa, can understand the reasons for the global appeal of his book. 'The reason for the novel's global appeal, I imagine, is that though it is set in India, the issues it deals with - love, loss, friendship and humanity - are relatable to every culture and community,' Swarup had told IANS in an interview a week after it was published in 2005.

The 47-year-old Swraup sees this modern-day fable of 'the underdog beating the odds and winning' as part of renewed global curiosity about India. 'There is a new hunger for all things Indian, whether it is Indian food or Indian ICT experts or Indian books,' said Swarup.

The book which subverts popular stereotypes about genius, celebrity and showbiz, has now been translated into more than 30 languages and has won numerous awards.

How did the idea of a novel based on a quiz show come to Swarup? 'It all started with a report I read in some newspaper about children living in slums using mobile phones and the Internet. That was quite a revelation. It showed that old class barriers were melting away and anyone can achieve anything,' he said.