View Profile
Akshay is known for his special interest that he takes in the film besides acting in it. 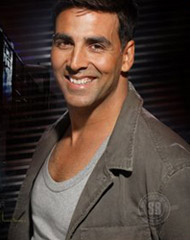 Featured Video
This time he will not be acting in the film but will lend his voice for an animated film, ‘Jumbo’.

As he is a part of the film, so how is it possible that he will not get into the other aspects of it?
Now that he is lending voice for the lead character, he also took the honour of deciding who else should be roped in for other characters.
So first, he got in Lara Dutta for Jumbo’s girlfriend then, Dimple Kapadia for mother and later, Paresh Rawal for friend.
Well, let it be acting or voice-over fact remains that ‘Singh is Kinng.’