Mumbai, Aug 12 (IANS) Akshay Kumar-starrer 'Singh Is Kinng' had a fantastic opening and the producers' cash register is ringing. The actor, who plays a happy-go-lucky Sikh in the romantic comedy, is overwhelmed by the response.

Featured Video
'I'm very happy for the film. It is doing well and I thank people for appreciating my film,' Akshay told the media.

Released Friday, 'Singh Is Kinng' was distributed with over 2,000 prints worldwide. Made with a budget of Rs.500 million, it has so far grossed Rs.600 million worldwide. In India, the gross collection figure touched about Rs.500 million.

On Monday evening, the cast and crew of the film uncorked the bubbly to celebrate the film's success at a five-star hotel in Mumbai.

The film revolves around a rustic, gullible and accident-prone Punjabi boy, played by Akshay who teams up with Katrina Kaif in the film. The duo gave two hits last year - 'Namastey London' and 'Welcome'.

According to Studio 18, the movie's world distributor, the collections overseas stood at Rs.150 million, the highest being in Britain where it earned approximately 490,280 pound over the weekend.

However, the figures released by Studio 18 so far may not translate into profit for the movie's sub-distributors across the globe as the price at which they bought the distribution right was a bit steep for this much-awaited romantic comedy.

'This week's collections, therefore, are crucial for the movie, because only on the basis of this can it be said whether this happy film has made everyone happy,' said a trade analyst. 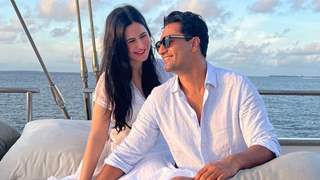