Sid Makkar who was last seen in Balaji Telefilms' Kahaani Humaarey Mahaabharat Ki on 9X is awaiting the release of his next film 'Straight'. 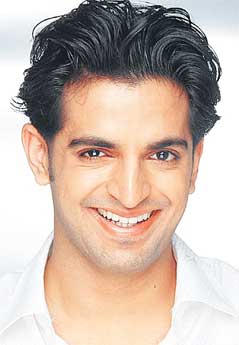 Says Sid, "My character in the film is Rajat, who is Vinay Pathak's cousin, and also 'Guru'. I play an important role in the film. While Rajat is the well-built and handsome man, Pinu (Vinay Pathak) is an under-confident man who is confused whether he is a Gay or a Straight person in life. Rajat will help him in his journey and my character will grow as the story progresses".

Sid who was also part of the recently released Farhan Akhtar movie 'Luck By Chance' says, "The shooting schedules in Bollywood is more organized as you have to play a said character for only a particular time, but in a serial, the character can go on and on..".

The longest period for which Sid was involved in a TV show was Mere Apne and his stint there was for 10 months.

We wish the actor all the luck for 'Straight'…