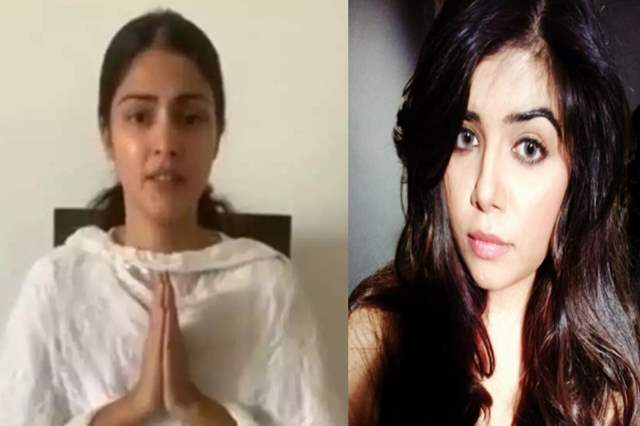 Even though every person most certainly needs to be having a different take tho the whole Sushant Singh Rajput saga but things spiraled entirely out of control when actor Rhea Chakraborty released a video of herself where she is seen breaking down demanding justice. A large section of people have constantly slammed the video, some even claiming that its fake. In the video, Rhea talks about the matter saying she has immense faith in God and therefore she will get justice. While she can be seen seated in a chair in white traditional clothes with tears just not stopping, Sushant's friend, Krissann Barretto slammed the actress.

Baretto further said, "After he started dating this female he was not allowed to be in touch with any of us !! All of his friends !! His numbers were changed and we all know that! We all tried reaching him but we could not! The statement from his dad says she didn’t even let him talk to his family! @rhea_chakraborty yes the truth will be out we will make sure! Satyamev jayate back at you!"

It was on her post that actor Kajol Tyagi, who claimed to have worked with Chakraborty in Jalebi earlier wrote, "I’m insanely proud of you for commenting I was part of jalebi before it went for the reshoot and shot with her for a couple of weeks and I remember Rhea oozing negativity. Literally. I mean in this video also keeping hands folded so that body language experts have a harder time? Well it’s evident she’s faking grief." 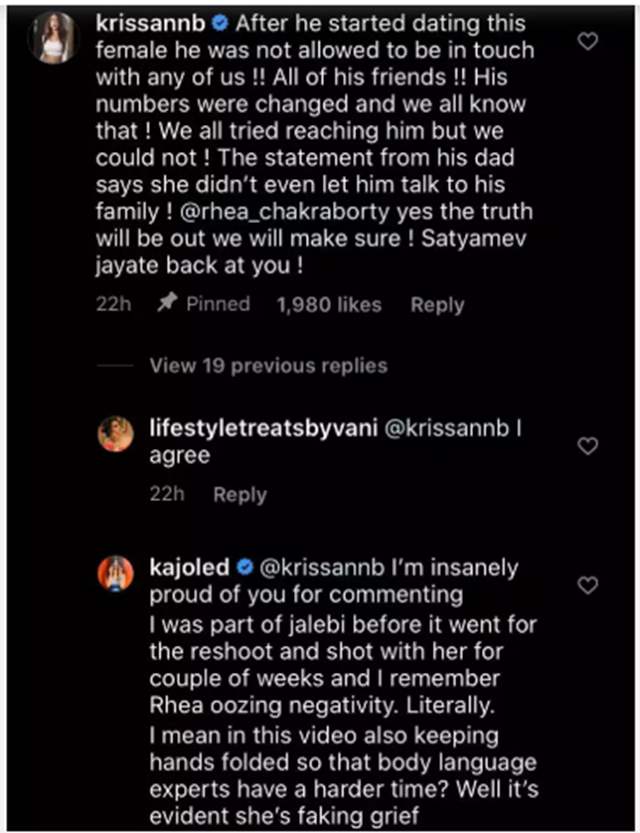 basherz 2 days ago Rhea is only doing what her lawyers told her - white dress, with white background - lol! its so 101 on how to gain sympathy. Anyone who follows "law dramas" know it. The painstaking part for her lawyers now will be - her poor acting skills. If faking emotions weren't her skills, she could have said it in a low tone.

RapChick101 3 days ago Absolutely agree with Kajol Tyagi and Krissann Barretto on this one. This Rhea is faking it and it bloody well shows

Jasleen Royal Reveals She Has Recovered From Coronavirus
12 hours ago