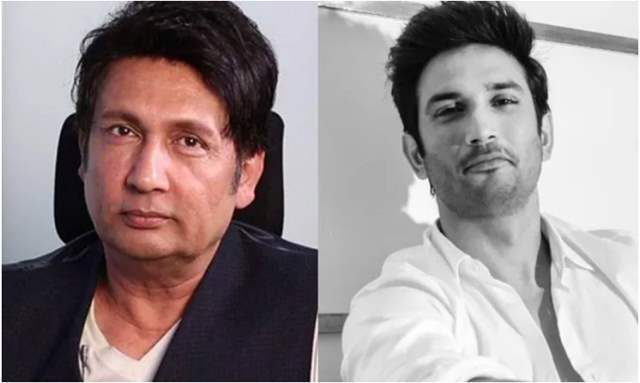 On the other hand, actor Shekhar Suman has been on the forefront to attain justice for the late actor. He expressed his disappointment post-ruling out foul play in SSR’s death.

However, Suman during his interaction with Hindustan Times stated that he has full faith in the judiciary and clarifies he isn’t dissatisfied with Rajput’s girlfriend Rhea Chakraborty getting bail in the drug abuse case linked to the death case. Speaking of Rhea he mentioned that ‘You can’t call someone guilty until proven by a court of law.’

He said, “I hold the honorable Bombay High Court in high esteem. You’ve to respect the agencies. If they didn’t find anything against her, so fair enough. She wasn’t a part of any drug cartel, as far as we know now, she procured drugs and passed it on to her boyfriend. You never know she might have stopped him from taking drugs or not. You can’t call someone guilty until proven by a court of law.”

Shekhar Suman has actively raised his voice for Sushant and he still feels that there is something more to it but he understands the importance of evidence.

“People are upset with Dr Sudhir Gupta (AIIMS Forensic Head, who led the team that re-evaluated Rajput’s post mortem report) but the panel had more doctors and they were chosen by the authority. They’re saying what they found out. Unfortunately, there’s no evidence…There are billions of cases in this world that have gone unsolved and many times innocent people were sent to the gallows. And there have been instances when a new development changed the course, so miracles do happen. Let’s hope and pray it happens this time too... Thankfully we’ve social media where we can go and vent our feelings, doubts and apprehensions,” he added.

Suman condemned Rajput’s character assassination and urged everyone to let him be for “he deserves dignity in death”. He also mentioned that We should maintain dignity in his death and stop vilifying his image, tearing him into shreds is wrong.

A dead man cannot speak for himself. Now it’s been said he was a drug addict, that he would move from one woman to another… Why are we pushing him into the dark corners? I am not prepared to hear that you’re fighting for someone who was a drug addict. We should maintain dignity in his death and stop vilifying his image, tearing him into shreds is wrong. Let’s leave it to God now. The power above us all will do justice. Let’s be satisfied, at least we fought tooth and nail. I would like to remember him as a bright boy who unfortunately is no more with us.