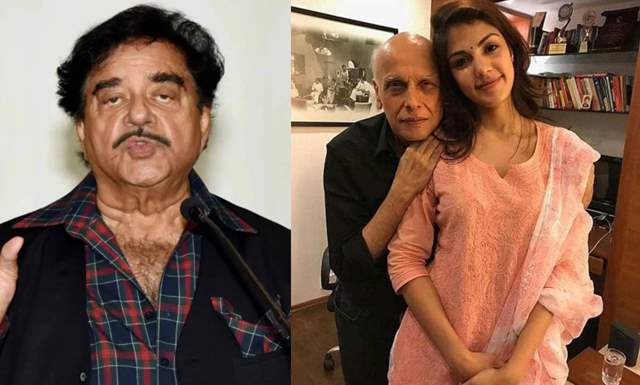 The death of Sushant Singh Rajput has raised several questions and it has also been a catalyst to put Rhea and Mahesh under the scanner.

According to the recent ETimes report, Sinha stated that everyone wants to know if Mahesh Bhatt is like a father figure, Godfather, or something else to actress Rhea Chakraborty.

The report also mentioned that the veteran actor also has not met Rhea Chakraborty in his real life. Sinha also shared that he has hasn’t even met filmmaker Mahesh Bhatt in the last five years.

He then mentioned that late Sushant Singh Rajput was like his son, considering the age factor. Later, the report also stated Sinha mentioning that everything must be presented to the CBI.

Meanwhile, several reports of Rhea being summoned by the CBI team have been making rounds. However, her lawyer has denied these rumors and mentioned that she has not been summoned as of yet.

Rhea’s lawyer has also confirmed that the family has not received any summons from the CBI and if they do receive a summon, they will appear before the agency.

Another report suggested that the CBI will be questioning Rhea Chakraborty’s close associate Samuel Miranda. While the summons seems to already reach Miranda, the report also suggested that he was questioned by the authorities on the first day of CBI investigation as well.