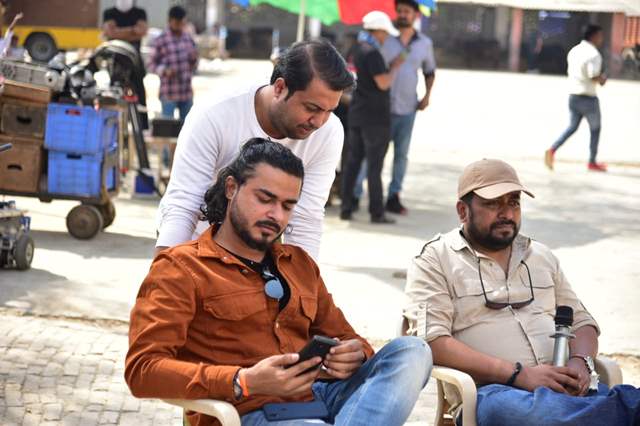 Shashank Raai is ready with season 2 of Raktanchal. The first season received a lot of good reviews and now, season 2 has begun shoot in Varanasi with Karan Patel making his web debut in it. Producer Raai got talking to us about the show, what is in store, and the OTT platform at large.

Raktanchal 1 has got a lot of good reviews and season 2 is now underway. Tell us how you feel?

It's a dream come true for me, we started the writing of s2 8months back, we spent more time for this season to make it bigger so that the audience would not feel cheated and give them a more entertaining season this time.

As a producer, what are the difficulties one faces?

Frankly saying, difficulties are part of the game for producers, so rather than being worried by the difficulties, I prefer enjoying the difficulties to overcome from them soon. Every day is difficult but it's our duty to make it easier for the 300 people working for us round the clock and it can only happen if we are capable enough to handle them with care.

Is OTT the only platform you're going to produce in or films are also there?

OTT, of course, I will continue doing, but films too will happen for sure, in 2021 itself. OTT has given me the position and I will always keep doing it whenever I get the chance. Meanwhile, there is a S3 for Raktanchal for sure and a couple of more web series are in development which will be shot post the rains this year.

What prompted you to make your debut as a production house with such a hard-hitting subject like Raktanchal?

I always believed that if you have to create a benchmark and if we really want to prove ourselves, then we need to take risks and sometimes tougher roads, and what could have been better than Raktanchal. I feel blessed and lucky that at such a young age, I got an opportunity to become a producer and the credit goes to MX players, who stood by my vision.

What can we expect from Raktanchal 2?

We have done our best to make it bigger but at the same time, we are sticking to the basics without overdoing anything because it was the innocence of Raktanchal that got us such a great response. However, at the same time, there are few bigger faces in the show like Mahie Gill, Karan Patel, and Ashish Vidyarthi along with the superb star cast of s1 which will keep the audiences glued to binge watch the show in one go, apart from the interesting storyline.

The show is likely to begin streaming sometime soon this year as the shoot is currently underway.