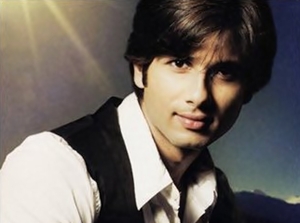 For the filming of his father's production, Mausam, Shahid Kapoor had taken a year off to focus solely on the film, turning down any other offers that come his way. Reports have it, though, that Shahid has made an exception.
Reportedly, the Kapur lad, agreed to star in Heer Ranjha, Sajid Nadiadwala's next film, that is set to start production in 2011. The movie will be directed by Sabir Khan (of Kambakht Ishq). Hunt for a leading female face is still on.
So why exactly did Shahid make an exception for Sajid?
The duo has never teamed up before, and with all the hits that Sajid has delivered, Shahid is rather eager to work with him. That, and nothing else.
Shahid's immense professionalism sure impresses, hopefully, so will his work in the upcoming ventures, unlike his average last couple attempts!