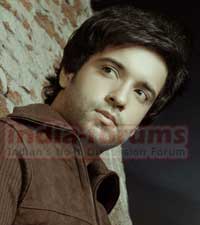 Shahid Kapur and Kareena Kapoor were the guests on "Nach Baliye 3" recently for promotion of their forthcoming film "Jab we Met". A brilliant dancer himself, Shahid was seen having a good time and was all praises for the participants. But what came as a pleasant shock was his old friend Aamir Ali's performance.

Shahid claims Aamir was a terrible dancer before. But the latter's performance on the dance show changed the perception completely. The two friends have known each other for long, they used to work out together. Aamir recalled: "I used to go to Shahid and ask him to teach me dance because that was one thing I could not do for nuts. So he was surprised to see me dance. I am happy that he was impressed." That's quite an achievement Aamir, keep up the good work.