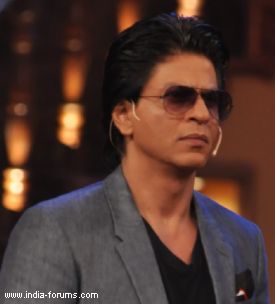 Having done all out negative roles at the start of his career in films like "Darr", "Anjaam" and "Baazigar" and making it big, superstar Shah Rukh Khan is keen to revisit negative roles again.

"It may not be commercially very befitting, it may not enter the clubs. But as an actor, I would like to do it. It's been a long time," Shah Rukh said here Sunday at the launch of Deanne Panday's fitness book "Shut Up and Train".

"'Don' has been stylised and is beautiful, it is hardly like a negative role. I would really like to try a proper negative role," said SRK, who turned to comedy this year with "Chennai Express" and broke all records with the success of the movie.