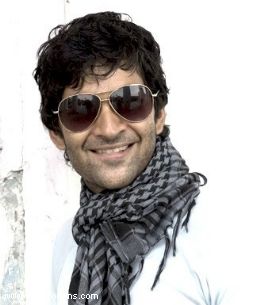 Actor Purab Kohli says his role in forthcoming movie "Shaadi Ke Side Effects" is different from the characters he has essayed earlier.

"My character is that of a very cool techie person, different from the kind of roles I have done previously," Purab said in a statement.

"Shaadi Ke Side Effects", which features Farhan Akhtar and Vidya Balan in the lead role, is directed by Saket Chaudhary and co-produced by Balaji Motion Pictures and Pritish Nandy Communications.

"I'm glad Pritish Nandy Communications and Saket thought of me for this guest appearance. Also, an opportunity to work with Farhan again is always exciting. Especially when there is comedy involved, he's just superb," said the actor, who starred with Farhan in "Rock On!!".

In "Shaadi Ke Side Effects", the former video jockey has more screen time with Vidya.

"She is not only a talented actor but also such a beautiful and strong woman," he said.

"Shaadi Ke Side Effects" will hit the screens Friday.

Bigg Boss 14: Teaser Promo of Nikki Tamboli is Out
21 minutes ago

Neha Mehta aka Anjali Wanted To Return To 'Taarak Mehta..' ...
55 minutes ago