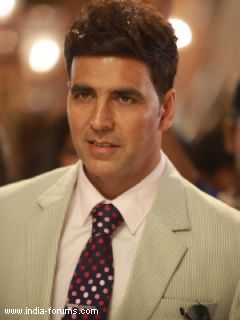 Bollywood's action titan Akshay Kumar, who has started a school along with Aditya Thackeray to train women in self-defence, says the initiative is not for personal gain, but to give back to the society.

"We are here to give something to the society. There is no monetary gain from it. I am doing it because I have earned a lot in life due to martial arts and it is my way to give back (to the society," the actor, who is trained in martial arts and has a black belt in taekwondo, told reporters here at a press conference Friday.

Akshay has also promised active participation in the training sessions.

"Whenever I will get time and if I'm in Mumbai, I would teach martial arts to them (the women). Like, I am starting the whole thing July 29," said the actor, who is set to go away on a holiday soon, to return in time for the training sessions.

Akshay's latest film "Holiday - A Soldier Is Never Off Duty" released on Friday, and he will soon start shooting for "Singh Is Bling" with Kareena Kapoor.