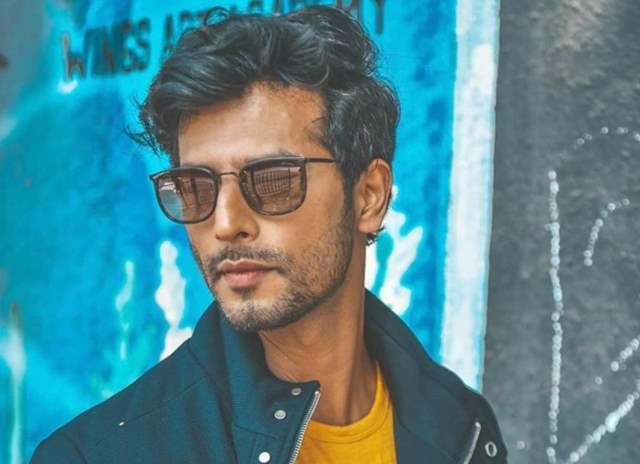 SoulSathi is a short film about a girl Preeti, played by Adah Sharma, who is in search of a partner who not only loves her outer appearance but can also love her soul and her soul is also played by Adah herself. After meeting a lot of partners, she finally meets a guy who connects to her soul first and then her body and that guy is Sehban. We got talking to Sehban Azim about the film and here's what he has to say.

Talking about the movie, he says, ''I really want everyone to watch it because it is a beautiful film, especially right now when we are all going through such a scenario with the pandemic. It is a very happy and positive movie and I think we will all be able to understand the goal towards it and this is the time we need to watch it.''

Ask him about the thought process behind taking up the movie that though is not something we haven't heard of, but it is something we have seen, he says, ''I said yes as soon as I heard it. I was glad that someone is finally making a film on this, and that someone is talking about it, about this side of romance, of how things should be, and how people should think before finding a soulmate and not rushing into relationships because you find them physically attractive, especially with tools like Instagram and other that only talk about physical appearance and not your inner self. I am glad there is a movie that talks about it. I was just happy about doing something I would want to tell, something that I do say via my posts, poetry, etc. ''

He adds, ''For me, it was more like being Sehban only and I think this is also a connection as God made me take this up and it is a manifestation of some kind by getting the kind of work I am willing to do and want to do. This short is really close to my heart, something I would want people to watch, and everything happens magically and we all believe in it and listen to that.''

When quizzed about what kind of efforts go into shooting and his equation with Adah, he has some insight to give as well. He adds, ''The only thing that was crossing my mind repeatedly was the hesitation on working with Adah since she has done really good work and I have seen it myself. However, once the director said action, once both of us were in our characters, the flow was really well. I think 99% of the scenes were in one-take because there was no need to.''

He adds, ''The director is wonderful of course, and he gave me the freedom to improvise without knowing things in advance and that worked for me. If you see the short film, one will realize that it is very effortless. Post the scene, Adah and I became better friends because that is when we saw that there is chemistry here and that's when we got talking about shows and other things. Everything was beautiful for both of us.''

Finally, ask him about shooting during the pandemic and his apprehensions, he says, ''Well, that is the age-old saying coming true, the show must go on. We cannot sit at home and a lot of lives depend on shoots being shut. We tried to go without work for 3 months and we saw how that turned out to be, all that we can do now is be safe.''

He also went on to recall how his director was all praises for him and that in fact, made his day!