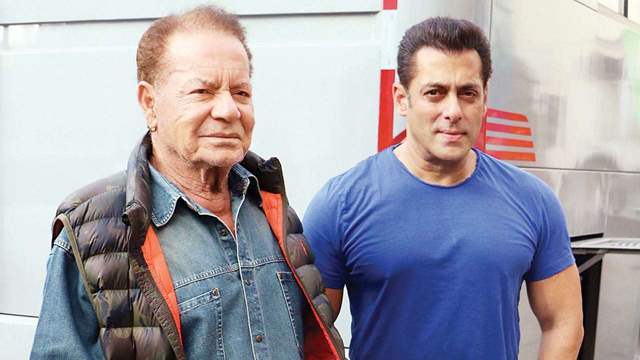 On Sunday, Mumbai Police received an anonymous letter threatening to assassinate Bollywood actor Salman Khan and his father Salim Khan, pushing them to register an FIR. According to the report, veteran writer Salim Khan was sitting on a bench at the Bandra Bandstand after his usual promenade when an anonymous individual handed him a letter trying to murder him and his son.

The note was discovered by Salim's security and given to him. According to the complaint, the chit stated, "Moosewale jaisa kar dunga (Will do to you like Moosewala)." In addition, police are reviewing CCTV footage from the nearby area.

The Maharastra Home Ministry has increased Salman's security cover, according to ANI. "Maharashtra Home Department strengthens actor Salman Khan's security after a threat letter was sent to him and his father Salim Khan," the tweet read.

For the uninitiated, following the death of Punjabi artist and rapper Sidhu Moose Wala, Salman's security has been questioned. Lawrence Bishnoi, a criminal presently imprisoned in Tihar, has been named as the main suspect in Moose Wala's murder. Salman's overall protection has been beefed up by the Mumbai police. Bishnoi had threatened to assassinate Salman earlier this year.

Salman was recently in Abu Dhabi for the IIFA Awards 2022 on Yas Island. He was the host of the event, which featured a large number of Bollywood superstars. On the commercial front, he has been busy shooting the forthcoming feature film Kabhi Eid Kabhi Diwali.

+ 14
2 months ago Receiving a death threat is no fun thing but I feel Salman can surely manage to hire on his own his security team.