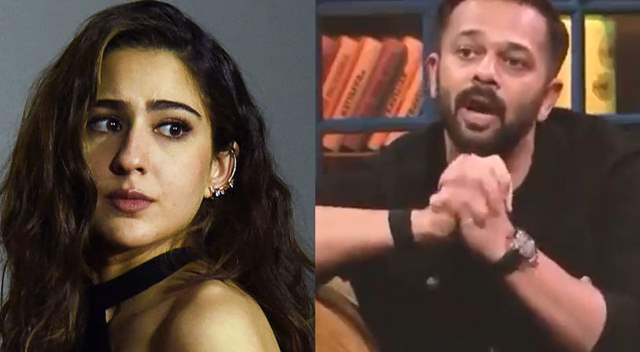 While the debates are still on and many netizens have been targeting the star-kids, a video of filmmaker Rohit Shetty made its way on social media and is going viral.

In his 2018 film, Simmba, Rohit gave chance to Saif Ali Khan and Amrita Singh's daughter Sara Ali Khan to play the lead actress alongside Ranveer Singh in the film.

Now, several Twitter users have been sharing the video where Rohit is seen talking about hiring Sara after she begged him for the role in the film. The video is a clip from popular comedy chat show, The Kapil Sharma Show, when Sara, Rohit and film’s lead actor Ranveer Singh were on the show as special guests to promote Simmba.

Sara Ali Khan made her Bollywood debut with Kedarnath, where she was seen alongside late actor Sushant Singh Rajput. Her second outing was Rohit Shetty's Simmba.

While the debate on nepotism and favouritism in Bollywood was rekindled after Sushant’s death in June; last year Sara has accepted that star kids have it easier in Bollywood. She was quoted saying,

I definitely believe that knowing people in the industry does help. That’s not a fact that I can run away from. I’ve often admitted to the fact that the biggest advantage of nepotism is the fact that we have easy access to people. I can call up Karan Johar without doing any film. I can go to Rohit Shetty’s office. So these are privileges I’m well aware of.There’s also a level of protection that we enjoy. Not that we’ve asked for it, not that we choose our parents and not that we need to work any less hard. But anyone who denies this isn’t cool.