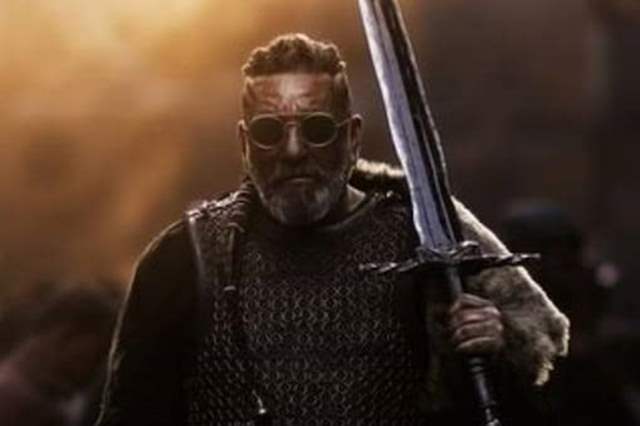 Actor Sanjay Dutt is currently enjoying the laurels that his character Adheera and the film KGF Chapter 2 is bringing in.

In a recent chat with ETimes, Dutt caught up on multiple things including talking about how he became a part of the film, what is his opinion on South industry making such a huge impact here and comparisons between Kaancha Cheena from Agneepath and Adheera from KGF Chapter 2.

He first said, "In KGF: Chapter 1, there was only one shot of Adheera which they had shot as a silhouette. For the second chapter, they reached out to me through a family friend. The friend contacted my wife. My wife had watched KGF: Chapter 1. She told me that it’s an interesting character and you should do it. Then I watched KGF: Chapter 1 and liked it very much. They narrated the film and I said yes. Then the director Prashanth and the team worked on my look as Adheera."

Talking about the South industry dominating, he said, "I think the Hindi film industry has forgotten the larger-than-life heroism. But the Southern industries didn’t forget heroism. I’m not saying that slice-of-life films or rom-coms are bad. But why have we forgotten our audience from Uttar Pradesh, Bihar, Jharkhand, Rajasthan who make up a large section of our audience. I hope that trend comes back in the Hindi film industry. Earlier we had individual producers and financiers which the corporatization of film studios has brought to an end. Corporatization is good but that shouldn’t interfere with our taste in movies."

Finally, talking about the similarities between Kancha Cheena and Adheera, he said, "The motive is the same. Kancha wanted Mandwa. Adheera wants KGF. But the character, look and feel are different. Adheera is a bigger character in his own right, not taking anything away from Kancha."

KGF Chapter 2 is currently breaking all records at the box office.

+ 7
2 months ago thanks for letting us know who this is, cuz i had no clue. lol