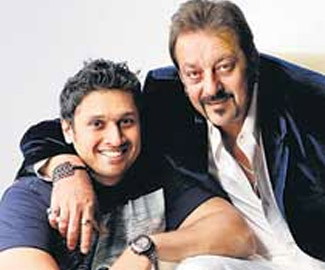 Sanjay Dutt gets a makeover for his Soham Shah's next directorial venture.

The yet-to-be-titled film is already being shot in Jaipur and a grand set has been erected - it has a massive mine with tunnels, chimneys and trains to give it a look of 1970s era and to make sure it is in sync with Sanjay's role.

Director Soham Shah of "Kaal" and "Luck" fame said: "The character has a lot of power, and I wish to portray Sanjay Dutt on the lines of his esteemed father Sunil Dutt saab."

"I wouldn't have made this film if Sanjay wouldn't have done it as only someone like him can carry this kind of character!" Shah said.

Its shooting is expected to finish in 50 days, while its songs will be shot in the country's entertainment capital Mumbai.

Other actors in the movie, expected to release in December this year, include Vivek Oberoi, Paresh Rawal and actress Humaima Mallick, best remembered for Pakistani film "Bol".

Mandana Karimi and Radhika Apte come out in support of ...
16 minutes ago