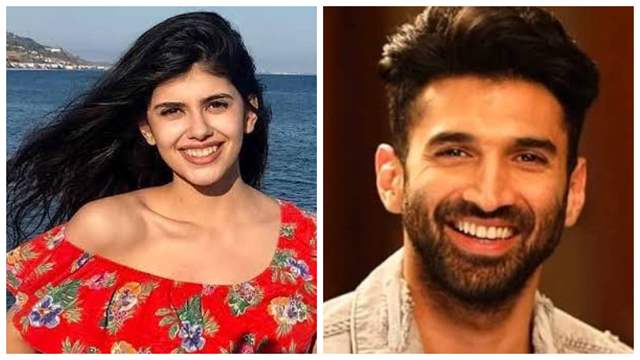 Ahmed Khan’s big budgeted actioner titled Om has found it’s leading lady. Aditya Roy Kapur is already finalised as the male lead and is currently working on his body to achieve the desired look for the character.

Sushant Singh Rajput’s co star Sanjana Sanghi has bagged the role and will be seen romancing Aditya in this action thriller. Khan was looking for a fresh pairing on screen and has locked in the cast.

Several names were discussed and approached. But, eventually, they have locked Dil Bechara heroine Sanjana Sanghi for the film. She plays Adi's love interest but also has several action scenes in it. Om is being designed as an adrenaline pumping high octane action film, with the trademark Ahmed Khan stamp. Ahmed was mighty impressed with Adi's performance in Malang and loved Sanjana's nuanced role in the Mukesh Chhabra directorial” a source tells Pinkvilla.

Reportedly, the actress has already signed the project.

Earlier, names like Disha Patani and Tara Sutaria made the rounds. The source adds that the two actresses could not sign the film due to prior commitments.

Ahmed Khan will most likely wrap up the project by early next year.