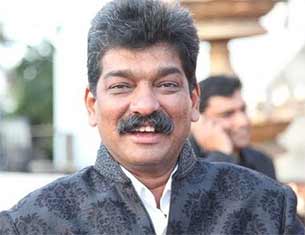 Sharing the story behind the title, Kavita said: "'Samrat & Co' was our working title."

"However, as we grew with the subject and the character of Samrat, we just could not see anything else fitting into the mould. We learnt that the title 'Samrat' was registered with Nitin dada and when we requested him, he very graciously offered to give it to us," she said in a statement.

Said to be the first of its kind detective franchisee, "Samrat & Co" targets the youth.

Talking about the film's theme, Ghatak said that the word Samrat speaks for itself and added: "It brings out the grandness of the character, which we intended for our hero played by Rajeev."

"Grandness in thought, grandness in attitude Samrat is a person who chooses to do what he wants...he may refuse the case of a rich business tycoon in spite of being offered a lot of money and he would rather pick a case if it is as simple as a child's cat getting lost," added the director.