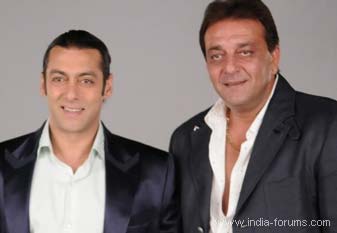 Mumbai, Sep 29 Bollywood actor Salman Khan, who flew to the US for nerve surgery, is back in town for a few days and attended the launch Thursday of reality show 'Bigg Boss 5'.

The actor, who is a host on the show with actor Sanjay Dutt, looked quite fit at the event.

Asked about his surgery, Salman told reporters: 'The surgery was good. This is not the kind of surgery where you go once and you become completely fine. You recover 50 percent at one go.'

'I had become much better but Dublin's (Ireland) cold has created problems for me so now I'm still only 60 percent recovered. I have to go back after three-four months for a test and if that gets cleared, I will be 100 percent fine. I want to thank everyone for their prayers and wishes,' he added.

Salman had left for US Aug 29 for a surgery for trigeminal neuralgia, a nerve disorder that used to cause him immense pain.

After few days the actor is expected to return to Dublin, where he is shooting for Kabir Khan's 'Ek Tha Tiger'.