View Profile
3-D mania has sure hit B-town to all effect! What with H 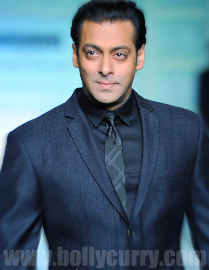 aunted paving the way earlier this year, Akshay Kumar's Joker, Emraan Hashmi's Raaz 3, as well as SRK's Ra.One are all tentatively queued up to present their respective 3-D releases on slated dates at box office.

Not one to be left behind in the race of growing trend then, Salman Khan is working on following cue for Sohail Khan's next project, Sher Khan. Rumors are that the film will be 3-D although final call will be made once the script drafting is complete.

In effect, the initial plan was to shoot a sequence with Salman and real tigers. But as soon as PETA got a whiff of this scheme, trouble begun to brew and the Khan brothers dropped the idea before controversy arose! Now the scenes will be shot with computer graphics. In fact, the program is new for the director himself as he's never gotten familiar with it before. So currently he's taking lessons getting acquainted with the entire 3-D technology.

Most of the scenes for Sher Khan will be shot in Bangkok, and the is expected to release sometime next year, 2012.

Sara Ali Khan & Shraddha Kapoor To Be Summoned By NCB ...
3 minutes ago

"Would Have Dragged Anurag To Court Had He Said Such ...
14 minutes ago