View Profile
Salman Khan's Ready already seems to have caused quite a buzz with his fans, and the release is still a month away!

The Anees Bazmee directorial, co-starring Asin in the remake of the Telugu hit by the same name, is a love story revolving around a girl forced i 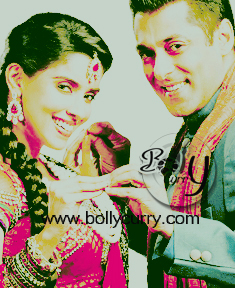 nto marriage, a helpful boy and the rollercoaster kidnapping that ultimately leads to a love story.  And of course there are the dhamakedaar songs which are already a hit with the fans!

Producer Bhushan Kumar had previously expressed his desire to build on Salman's popularity following the superhit success of Dabangg and true to his word, the main focus of the recent promos and posters has definitely been of the actor. However, Salman is said to be very involved behind the scenes as well.

Everything from shooting locations (changed from Mauritius to Sri Lanka on Salman's behest) and coercing cameos from friends (which include Zarine Khan, Ajay Devgn and Kangna Ranaut), Salman has also been very involved in the choice of music, reaching out to original composer Devi Sri Prasad to re-tune the Telugu track "Ringa Ringa" for the current "Dhinka Chika".


With the movie schedule for a summer release, BollyCurry is 'Ready' for June 3rd!