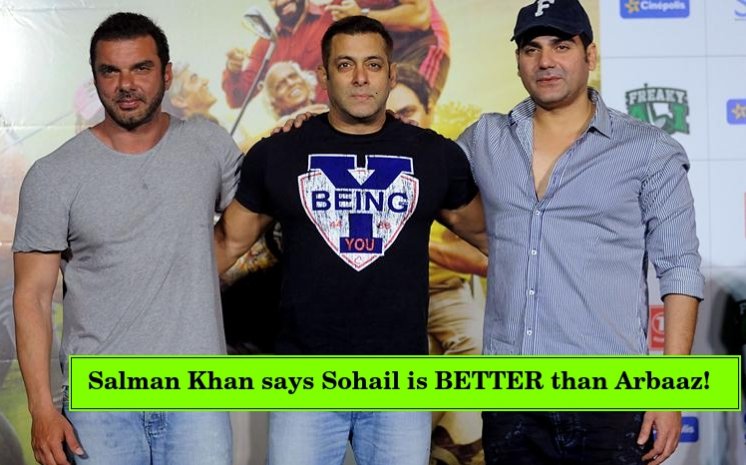 Salman Khan who is gearing up for his upcoming EID release, "Tubelight", feels Sohail Khan is better at directing a movie than Arbaaz Khan.

During a recent media interaction when he was asked about who he thinks is better at direction as both of his brothers have donned the director's hat for his (Salman) films.

He said, "Since Arbaaz doesn't want to direct, I feel Sohail is a better director because he is more patient and with Sohail, you can improvise on things but in a similar situation, Arbaaz gets panicked and his blood pressure starts to fluctuate."

"Now we are going to start 'Dabangg 3', so he (Arbaaz) told me 'Very good, but I am not going to direct it and I am only producing it'. So I said, 'Very good, we will find a good director for that'."