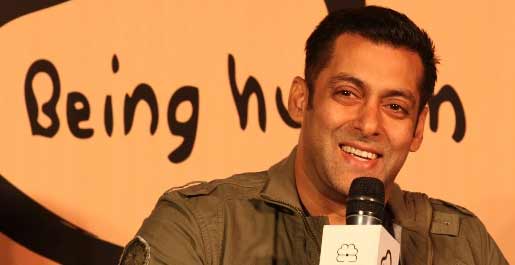 Salman Khan's conviction and five-year sentence saw the film fraternity expressing overwhelming solidarity with the actor two days ago. But on Friday, when the sentence in a 2002 hit-and-run case was suspended, B-Towners seemed to express "relief" in muted and measured ways.

The frenzy around Salman's conviction and subsequent bail appeared more in the fans on Friday than amongst the Bollywood fraternity -- at least on social networking platform Twitter.

On Wednesday, popular names like Subhash Ghai, Riteish Deshmukh, Bipasha Basu, Dia Mirza, Varun Dhawan, Sonakshi Sinha, Kunal Kohli, Arjun Kapoor, Alia Bhatt, Wajid Khan and Farah Khan Ali said they "stand" by Salman, who according to most of them, is the "nicest human being in this business".

Many even said he didn't "deserve" the conviction.

But after jewellery designer Farah Khan Ali, singer Abhijeet Bhattacharya and actor Ajaz Khan came under attack for distasteful remarks for the victims of the hit-and-run case, most top actors and filmmakers chose to keep their opinion at bay on Twitter on Friday.

Hours after the Bombay High Court granted Salman regular bail, only a few celebrities tweeted about the case. Amongst them were Sajid Khan, Dolly Ahluwalia, Ameesha Patel, Daisy Shah and Satish Kaushik and Mika.

"@BeingSalmanKhan Bollywood, fans and his critics will all have to agree to this..Salman Rules Fridays...I'm very happy for the Khan family," tweeted Sajid.

To many critics, this unceasing support of the Bollywood fraternity seemed skewed and unjust as most names ignored the plight of the victims when Salman's Land Cruiser killed a man sleeping on the footpath and injured four others.

And those who mentioned the victims ended up making controversial statements.

Abhijeet, for example, tweeted that roads are meant for cars and dogs and not for people to sleep on. Farah Khan Ali said: "The govt should be responsible for housing ppl. If no 1was sleeping on d road in any other country Salman wuld not have driven over anybody... It's like penalising a train driver because someone decided to cross the tracks and got killed in the bargain. #salmankhancase."

Ajaz wrote: "To hell with INDIAN law our Government is responsible for this. Garibo ko ghar do they sleep so close to the road." He later deleted the post.

Abhijeet and Farah on Friday apologised for their unintentional remarks.

On the whole, the Bollywood fraternity and Salman's fans continue to support the actor, who has been regaling film buffs for over 25 years.