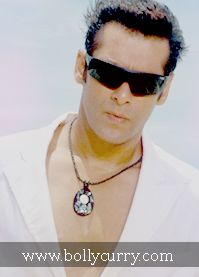 d's favorite bad boy is back in the news again, but this time for his 'no alcohol' rule.
The success of the blockbuster Dabangg and the reality show Big Boss 4 has made Salman very conscious of his public image. After putting on substantial weight for his role as the corrupt police officer 'Chulbul Pandey' in Dabangg, a role for which he garnered a lot of praise, Salman is all set to get back to his super hot body and six-pack status. To speed up the process, he has vowed to stay away from alcohol.
Salman is undergoing the makeover for his upcoming film My Love Story, produced by his brother-in-law Atul Agnihotri. Starring Kareena Kapoor as the leading lady, the shooting for the film has already started.
It seems that abstaining from alcohol is nothing new for this Khan as every year he swears off alcohol during the Holy month of Ramadan and the Ganesh Chaturthi festivals.
We say, why not go off alcohol for good Sallu Bhai?