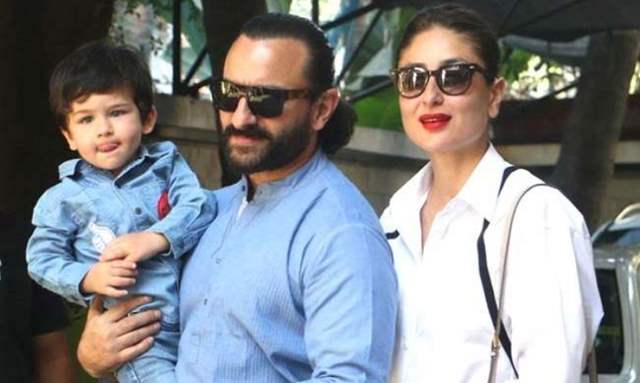 Celebrity couple Saif Ali Khan and Kareena Kapoor Khan have been making the most of their quarantine time together with their little munchkin Taimur Ali Khan. The couple had been spending their time painting and playing together. Bebo often shares pictures on her social media, which are a delight to look at.

Recently, Saif and Kareena have been spotted multiple times outside their house during the lockdown. While one may have thought that the duo might be on a stroll to take in some fresh air, well, that’s not the case. Reportedly, the Pataudi's are moving out of their current house to a bigger apartment that is right opposite to their current residence.

In a recent interview, Saif revealed that he has been overlooking the renovation work of their new home and will soon be moving out to the bigger apartment. Reportedly, the actor will put his old flat to rent.

Spilling the reason why he was spotted outside his home so often, Saif told Mumbai Mirror:

"Our new home is being renovated, which is why I hop across to see how things are coming along and not because I feel cooped in. I’m enjoying this time with my family. My sister Soha and her husband Kunal (Kemmu) come over sometimes, as do my kids Sara and Ibrahim. My other sister, Saba, too, has moved to Mumbai. Only, mother (Sharmila Tagore) is in a rented apartment in Delhi because the lockdown happened while she was doing up her place. So now, even she is overseeing the renovation work there. She is a real trooper and never complains.”

Meanwhile, on the work front, Saif Ali Khan will be seen next in Bunty Aur Babli sequel co-starring Rani Mukerjee. The shooting is yet to be completed and the sequel also stars Siddhant Chaturvedi and debutante Sharvari.

Payal Ghosh To File Official Complaint Against Anurag ...
46 minutes ago