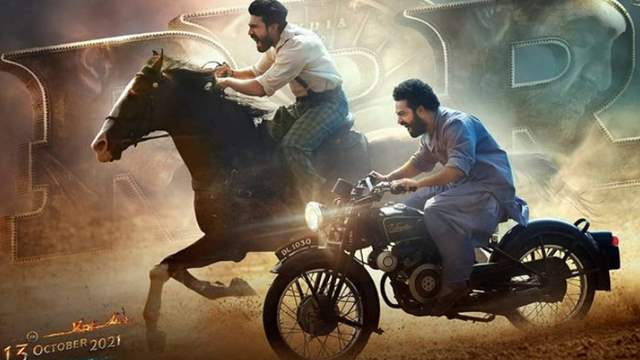 After a long wait, the makers of film RRR dropped the much awaited release date of SS Rajamouli’s magnum opus film. Starring NTR and Ram Charan in the lead roles, RRR is fictional take on the younger days of celebrated freedom fighters Komaram Bheem and Alluri Seetharamaraju.

Making the big announcement, the team of RRR shared that the film will release in cinema halls on 13 October, 2021. The makers also dropped a new raging poster starring the two South superstars and captioned is as “This October 13, witness Fire and Water come together as a FORCE that has never been experienced before. The biggest collaboration in Indian cinema is set to deliver a memorable experience!!! THE RIDE BEGINS...#RRRMovie #RRRFestivalOnOct13th #RRR”

Speaking about this development, producer DVV Danayya said, “We have come to the end of RRR’s shooting schedule and are very excited to bring this film to the audiences. We are happy to celebrate a massive festival like Dussehra with the audience, in the theatres.”

The film is set for release in Telugu, Hindi, Tamil, Malayalam and Kannada alongside several other Indian languages.