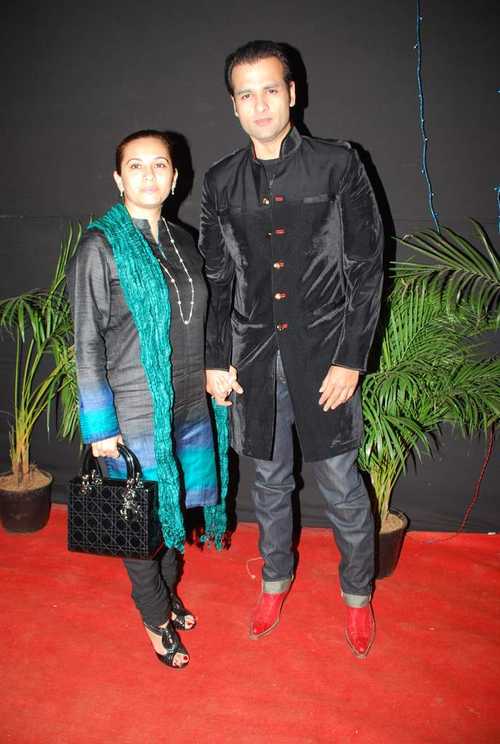 After a brief stint in Hitler Didi, he was last seen as the ever gracious host of the show The Bachelorette India - Mere Khayalon Ki Mallika where he many a times lend a shoulder for Mallika to cry on. Rohit Roy, the handsome as ever actor has always tried his hand at other creative things besides acting. While he has directed a short film named Rice Plate as part of the anthology film Dus Kahaniyan, the actor along with his beautiful actress wife Manasi Joshi Roy also has a production house - Rohit Roy Productions.

The couple is now in the process of focusing again on producing shows for Indian Television and along with some other shows in the pipeline, Rohit is excited about a detective show that he is planning. "Yes, I am making a detective show. The concept is mine and along with Suraj Rao who has been producing Hum Ne Li Hai... Shapath we will be working on the idea further. It is a detective show which is not exactly rocket science so we will be putting it together soon," says Rohit who is going to Pune for the unveiling of a prominent magazine he is on the cover of.

Ask him how will the show be different from the others currently on air, Rohit says, "It will be different then other detective shows like Karamchand, CID or Adaalat but I really cannot reveal much as of now since we are still working on the details. It will be an episodic and the casting and all will happen once the channel finalizes the show." However, it doesn't seem to be a long way to go since couple of channels have already shown interest in it. "Two channels have shown interest and I am keen on working with them too however, I will have to choose one of them," says Rohit who is also on the lookout for a team of writers, "I want good writers who will keep the interest element alive and I don't mind if they are freshers too."

The actor will be busy acting in it and thus will not be taking part in the daily production activities, "While I am the producer and actor both, I hope I don't have to get into the nitty-gritty of things as Manasi takes care of the entire production part. It is she who is the signing authority for cheques when payments have to be made and I don't even get into that," says the ever jovial Rohit who is happy taking care of the creative side of the business.

All the best to the good looking couple - Rohit & Mansi!

+ 2
7 years ago Indian television needs some interesting shows of genres other than saas-bahu types. Will look forward to it.

7 years ago Congratulation Rohit &Mansi Roy all the best for upcoming project.

He was my first crush on Television!!!!