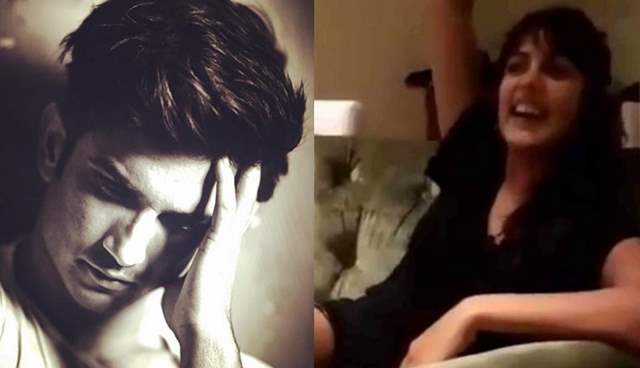 Sushant Singh Rajput’s case is getting intense by the day with every hour new or rather shocking revelation coming to light. At the moment, its his girlfriend Rhea Chakraborty who is making headlines all across after his father KK Singh, registered a case against her. In his FIR, he has accused her of abatement to suicide, blackmailing, harassment and theft among many other charges. He has also revealed that she instigated his son to take his own life by torturing him.

Soon after SSR left for heavenly abode, the Mumbai Police while investigating his case had interrogated Rhea for nine straight hours. During the same, she was asked about their relationship/marriage/breakup, films and his depression among other factors.

Now, according to Pinkvilla, in her statement to Mumbai police, Rhea had allegedly claimed that she ‘vacated’ Sushant’s house on June 8, following a fight and their breakup but was in touch with the actor.

However, in fresh reports, Republic TV has contradicted her claims saying that Rhea, in her petition to the Supreme Court, wrote how she had planned to return to the late actor’s house. Republic also alleges how Sushant’s outgoing call records hint at him calling Rhea multiple times after she left; however, those records weren’t visible in Rhea’s CDR.

As per Republic, "the actress had allegedly blocked the late actor and had cut off every communication with him post-June 8, 2020.

The CDR records accessed by Republic TV bring into disrepute Rhea's claim in her Supreme Court petition wherein she had insinuated that she planned to return to Sushant's house,” reports the portal.

In other news, India Today, which managed to get access to Sushant’s call records, reported that Rhea had called him multiple times during January, when was in Chandigarh, hence pressurising him to come back. It also alleged that Sushant had informed his family about Rhea’s scheme of putting him in a mental hospital.

colossial2015 1 months ago Wow ! So SSR knew this woman was horrible. Still he let her destroy and finish him completely. Rhea's mother had literally given birth to a dyaan.