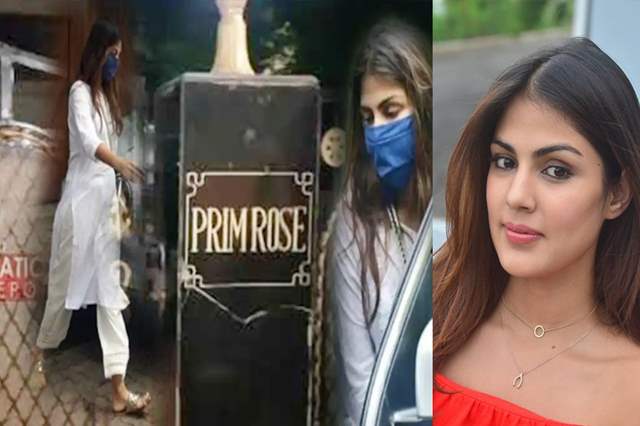 Ever since the can of worms has been opened of sorts in relation to Sushant Singh Rajput's demise, another occurrence that has been apparent since the past few days is that actor Rhea Chakraborty is away from the public eye for a while now. Rajput's father, KK Singh filed an FIR against Chakraborty and others associated with her where he has alleged that the lady pushed him into the puddle of depression was responsible behind him taking such a drastic step. In his FIR, Singh alleged Rhea of theft, fraud, conspiracy blackmailing, exploitation, and keeping Sushant away from his family among several other things.

While Chakraborty's video asking for justice and breaking down did come out but she has been missing from the public eye.

Now, according to Republic TV, Chakraborty and her family had left their home, days after an FIR against them was lodged.

The news portal reports that as per the supervisor of the building that Rhea stays in, she and her family - parents, and brother - were spotted leaving the residence with big, packed suitcases around three days ago. The supervisor added how the entire Chakraborty family left their home during the night in a blue car and had big suitcases with them. Republic TV further stated how as per the manager, who has been in charge for the last year and a half, revealed that the late actor had not visited Rhea's rented apartment for some time. Republic stated, "According to the testimony by the building supervisor, it appears that Rhea left her apartment without informing anyone of her whereabouts along with her family shortly after filing the writ petition."

During the night when Sushant's father had filed the complaint, Rhea's lawyer was spotted leaving her residential premises with a couple of bags. She had refrained from entertaining any media person.

RapChick101 3 days ago What a coward!! You can run but you can’t freaking hide your entire life!