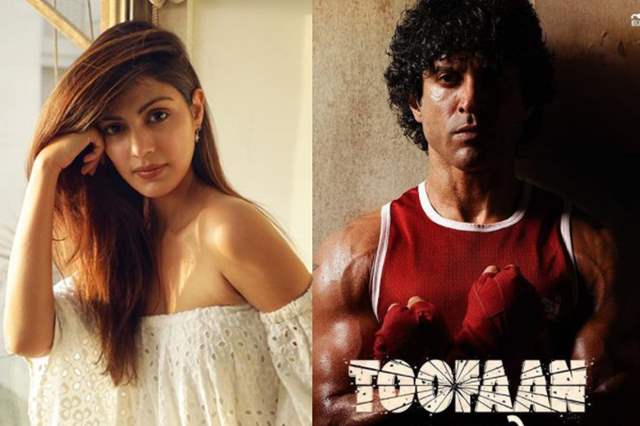 Sports-drama Toofan released only yesterday and needless to say, the excitement surrounding it has been immense. Even though the film starring Farhan Akhtar, Mrunal Thakur and Paresh Rawal has received mixed reviews from the critics, an array of industry people have come forward to give their opinions and reviews about it and it has all been extremely positive.

Recently, superstar Shah Rukh Khan went on review his film and was all praises about him. "Wish my friends @FarOutAkhtar @RakeyshOmMehra the best for their labour of love. I had the privilege to see it a few days back. Extremely fine performances by @SirPareshRawal (wow!) @mohanagashe @mrunal0801 @hussainthelal My review: we shld all try & make more films like Toofaan," Khan wrote.

Rhea Chakraborty, who has only gradually began to become more active on social media after the tumultuous year she had post the passing away of Sushant Singh Rajput also went on to join the trend. Chakraborty posted the poster of Toofan on her story where she tagged Farhan Akhtar, producer of the film, Ritesh Sidhwani as she said, "Todun tak" before she added, "What an inspiring movie." She added a folded hands emoji along with her statement.- 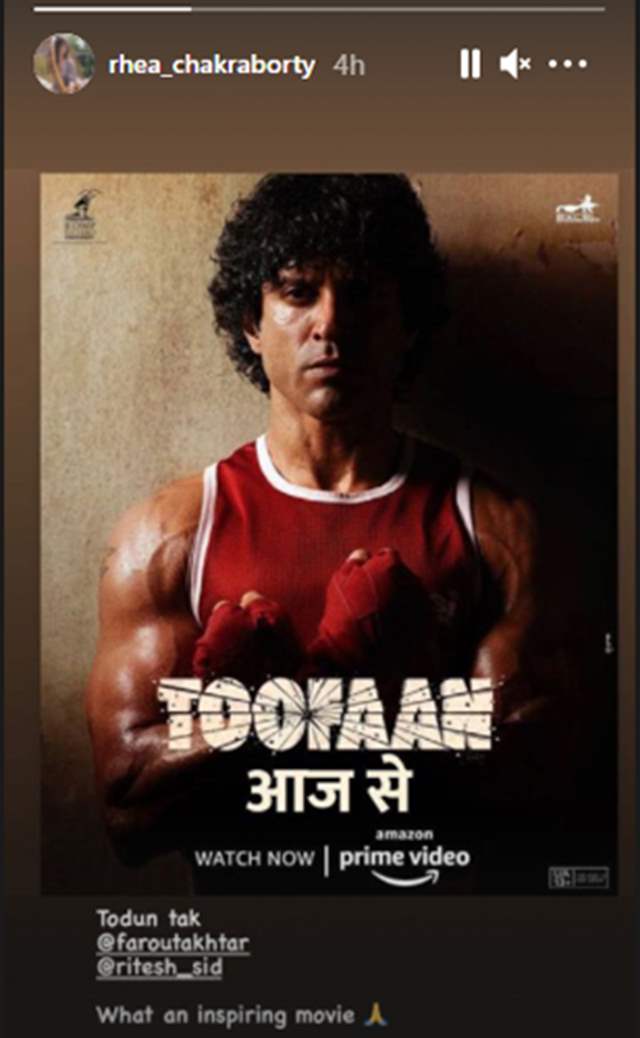 Toofan currently streams on Amazon Prime Video. And coming to Chakraborty, the actor had stepped away from the platform after the death of her boyfriend, actor Sushant Singh Rajput. She was accused of abetment of suicide and money laundering by the late actor's family.