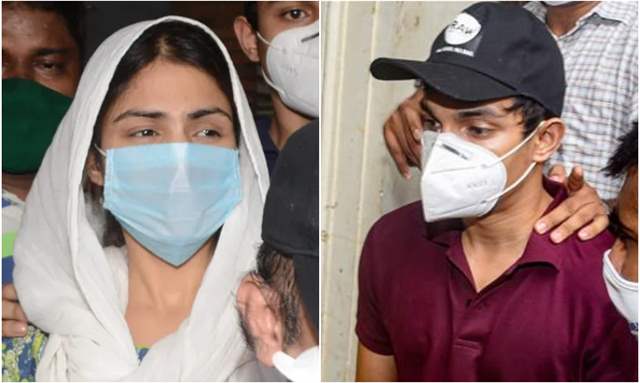 Rhea Chakraborty and Showik Chakraborty were arrested in connection to the drugs angle in Sushant Singh Rajput’s case. The two applied for a bail plea as they approached the Bombay High Court.

However, in a recent turn of events, the Narcotics Control Bureau (NCB) has filed an affidavit in HC on Monday opposing Rhea and her brother Showik Chakraborty’s bail application.

An Indian Express report quoted Sameer Wankhede, Zonal Director (NCB) who filed two affidavits in the High Court saying, "Electronic evidence such as WhatsApp chats, records were retrieved from mobile, laptop and hard-disk and it indicated payment made for drugs. Thus, there is ample evidence to show present applicant Rhea has not only regularly dealt with but also financed illicit trafficking of drugs."

The affidavit further read, "This would tantamount to harboring. Rhea also allowed her residence for drug storage and consumption by Rajput." Rhea and brother Showik were active members of the drug syndicate and that there is evidence proving their involvement in drug trafficking, stated the affidavit.

The report further quoted the affidavit which read, "It is clear from the statements and electronic evidence gathered by NCB that applicant is an active member of the drug syndicate connected with high society personalities and drug suppliers. There is sufficient evidence that she is involved in drug trafficking. The applicant used to facilitate drug deliveries and payment through credit cards/cash/payment gateways for the contraband."

Meanwhile, they continue to be in jail as their judicial custody has been extended till Oct 6. Rhea is currently lodged in Byculla jail while Showik is said to be in Taloja jail.