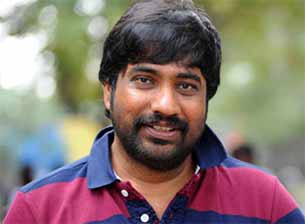 Filmmaker Y.V.S. Chowdhary is confident that his much delayed Telugu romantic-drama "Rey", which is slated to release during Sankranti next year, will give audiences a worldwide travel experience.

"Rey" featuring debutant Sai Dharam Tej from actor Chiranjeevi's clan has been on the floors for nearly a year.

"While the first half of the film has been shot in the West Indies, rest was predominantly shot in the US, and very little was shot in India. Therefore, I believe audiences will get to see some exotic locations on the screen. It will be a globetrotting experience," Chowdhary told IANS.

"Rey", also produced by Chowdhary, was delayed due to post-production work.

"It was not because of some financial crunch, the film's release has been delayed. We were left with some unfinished patch work on the post-production front and we had to attend to it. There will be no further delay in the release of the film," he added.

Another highlight, according to Chowdhary, is Shraddha Das's role in the movie.

"Shraddha plays a pop star with a rebellious attitude. She has done extraordinary job. I made her watch several international music videos to prepare her for the role. Her role will definitely win her a lot of appreciation from the audience," he added.

Nithya Menen Shares Her Breathe: Into The Shadows Experience

Neha Mehta aka Anjali Wanted To Return To 'Taarak Mehta..' ...
7 minutes ago

Star Plus' Ghum Hai Kisi ke Pyaar Mein To Go To Nashik For ...
12 minutes ago