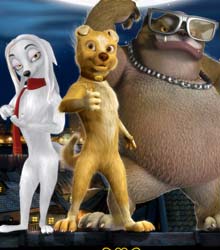 ROADSIDE ROMEO, finally released - the film which probably was awaited by every Indian animation lover. Reason being great looking 3-D animation, extremely cool promos and of course the fact that it is a Yash Raj-Disney co product. As ardent film lovers we were wagging our tails with excitement. But after watching the film, we realized we were barking up the wrong tree. The first reason for this is that Roadside Romeo does not really have a story line to look forward to. When it is animation and when it is associated with Disney we have always been used to spectacular stories but the movie don’t have it.


Roadside Romeo is like old Hindi movies, There's a hero, a heroine, the mandatory villain, plus love, problems, misunderstandings and conflict, but all's well that ends well. The story is about Romeo (Saif Ali Khan), the quintessential lover dog is thrown onto the streets, where he meets newly found best mutts. Soon enough he bumps into the love of his life, Laila (Kareena) who happens to be a nightclub performer. Besides falling in love, the biggest mistake Romeo commits is having rubbed Charlie Anna (Javed Jaffrey) the wrong way. With a villain to combat and love to win over, the film is all Romeo and tons of heart. 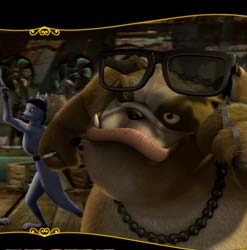 On the star quotient the voiceovers of each character is great. Saif Ali Khan and Kareena have done a great job. Jaaved Jaafery and Sanjay Mishra are outstanding.


Roadside Romeo does away with the usual complaint of terrible stories only meant for kids. This one is quite the opposite. So much that most kids will not understand any of the puns! And of course a smooch scene!


With Roadside Romeo, Indian animation films have taken a giant leap forward and thanks to Yash Raj Films and Walt Disney Studios for being the one to bring India's first world class animation film. It's not perfect, but nonetheless still great. Had the movie been made into a live acton one, perhaps it would not have worked. 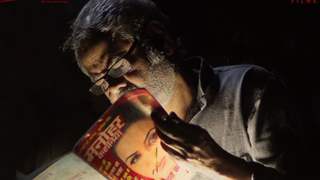