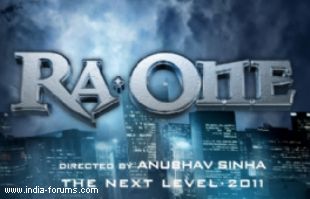 'We might release it in German and few other languages as well. I'm in talks with Eros for this,' he added.

'Ra. One' that is slated for a Diwali release and will be available for viewing in both 3D and 2D formats, will present Shah Rukh as a super hero for the first time. Directedby Anubhav Sinha, the film also stars Kareena Kapoor and Arjun Rampal in pivotal characters.