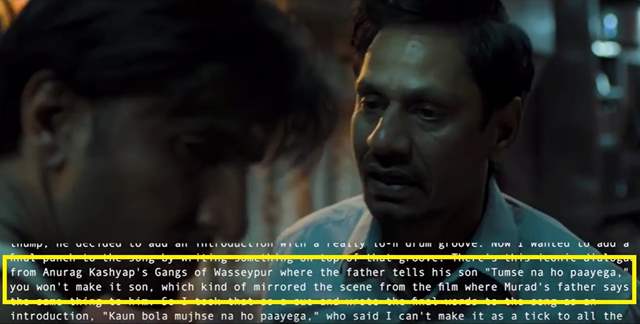 Zoya Akhtar and Reema Kagti’s Tiger baby Films has one of the most interesting handles on social media with thought provoking content. The page has the most artistic narrations, orated by eminent personalities from the industry to the audience. And, this time we get to see how Ankur Tewari brought ‘Apna time ayega’ from Gully Boy, to the glory it still enjoys.

Tiger Baby Films recently brought into play their new series on social media called 'Off the record' where the most prominent actors of the Indian film industry describe one of their most exemplary scenes from one of their movies.

Ankur Tewari, who was the lyricist and music supervisor of the song that instantly became the anthem of the nation and was Murad’s winning moment tune, Gully Boy’s ‘Apna time ayega’, tells us how the finale song of the movie was brought together. He describes the hook line’s vibe as raw, hard, hip hop but uniquely Indian.

Tiger Baby films shared the post on social media with the caption, “We make films for the silver screen but the little stories that make the big picture don’t always come through. Here's introducing our 'Off The Record' series where cast and crew from the Tiger Baby clan let us in on what went into creating some of their best scenes, what their psychology was in that moment and why this particular scene will always remain unforgettable to them.

Off The Record with Ankur Tewari

Scene : The story of how 'Apna Time Aayega' came to be”