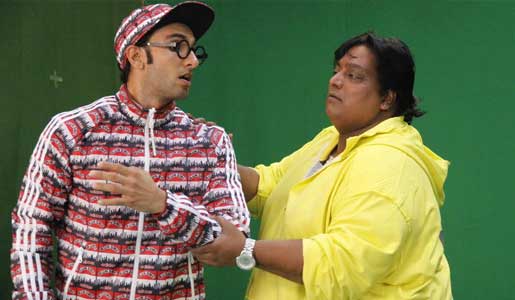 Ranveer Singh will be seen in a special dance appearance for Ganesh Acharya's production titled Hey Bro. The ace choreographer has previously worked with Ranveer in his Ad film 'My Name is Ranveer Ching' and when Ganesh spoke about his forthcoming venture Hey Bro, Ranveer readily agreed to be a part of it!

Ganesh Acharya will be acting and producing the upcoming film 'Hey Bro'.

The film will also see Ganesh showing off his acting skills along with Govinda who has already shot for his scenes as well as announced earlier.
2 Likes