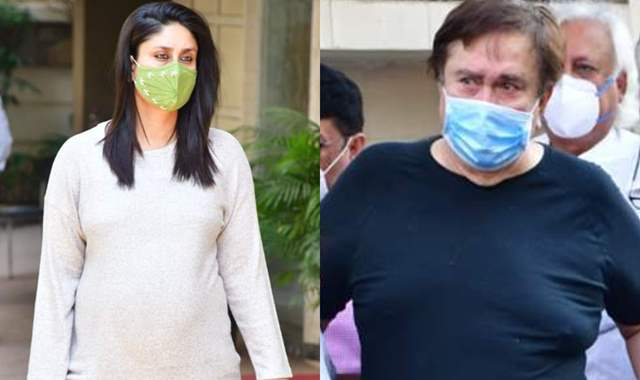 Kareena Kapoor Khan and Saif Ali Khan are all set to become parents for the second time. As reported earlier, Bebo who is expecting her second baby is currently in her last trimester and as confirmed by her hubby, she is due in the early days of February 2021 and it seems the time is almost nearing.

Bebo's daddy and veteran actor Randhir Kapoor has now confirmed the exact due date that's been given to his daughter by the doctor and the day she will be delivering her second baby.

As reported earlier, things turned upside down for the Kapoor family on Tuesday, February 09, 2021 as they suffered a big loss of a family member.

In a shocking turn of events, actor-producer-director, Rajiv Kapoor left for heavenly abode at the age of 58. Rajiv died of a sudden heart attack at around 1.30 pm on February, 09, 2021.

The entire family congregated at their bungalow in Chembur, for Rajiv's last rites. Randhir led the funeral procession, along with Ranbir Kapoor.

The family lost Rishi and Ritu Nanda last year, within the span of a few months.

A visibly pregnant Kareena was photographed at the bungalow, along with her sister, Karisma, and their mother, Babita.

Speaking about her second pregnancy, Kareena said in an interview with Times Now Digital,

I guess I am more prepared and confident this time around. I was quite nervous and jittery since I was going to turn a mother for the first time. This time around, I am way calmer and thankfully, I am not going berserk yet.

Saif and Kareena had announced that they are expecting their second child via a joint statement in August 2020. Their statement read:

We are very pleased to announce that we are expecting an addition to our family! Thank you to all our well wishers for all their love and support.

Saif and Kareena are parents to four-year-old son, Taimur. They recently moved into a new house, across the street from their old one, to prepare for the new baby. Kareena also plans on releasing a pregnancy manual soon.