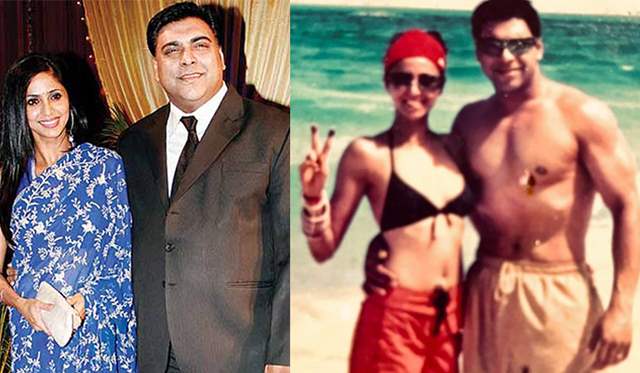 In the world of entertainment industry, real-life couples have been witnessing break-ups and so shorter marriages to everyone's surprise. But even in these circumstances, there are a lot of couples who are the epitome of togetherness and set goals for long-term love. One of these has to be the adorable couple that is, Ram Kapoor and wife and actor, Gautami Kapoor.

The couple married back in 2003 after they first met each other on the sets of Ghar Ek Mandir. Now, 18 years later, they still have a rock-solid marriage and in-love just as ever.

And while Kapoor looks a certain way right now, he had an enviable physique back in 2003 and was also a model. Recently, Gautami went on to share an unseen throwback image of herself with Ram from their honeymoon on her Instagram account. Her caption read, "The year that was …… 2003." In fact, in the photo, one of his fans commented, "Ram mentioned in an interview that his best physique was during his honeymoon.. couldn't agree more."-

Indeed it is amazing to see the same, isn't it?

On the workfront, Ram Kapoor was recently seen in the series, Abhay 2, the film, A Suitable Boy and most recently in The Big Bull.

ALSO READ: As 'Bade Acche...2' launches, Ram Kapoor shares images with Sakshi Tanwar how he is 'missing her'

+ 4
2 months ago He looked so good back then

+ 4
2 months ago Ah, I remember when Ram Kapoor used to look like this. I had the biggest crush on him 😍 He still looks good in a teddy bearish way, but in his younger days - 🔥

2 months ago When he was in manshaa