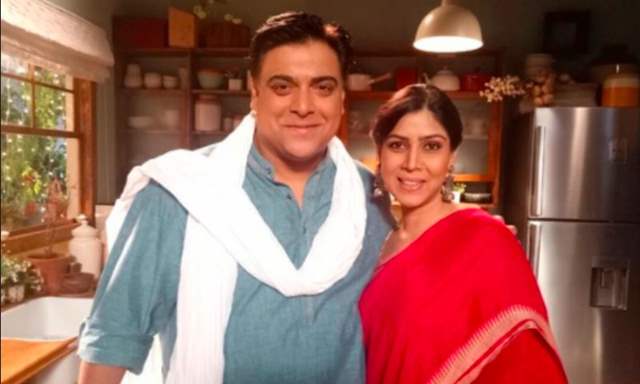 It was Kapoor and Tanwar's stint in the original that carved a legacy for the show and broke several stereotypes as well. As Bade Acche Lagte Hain 2 attracts love and appreciation, it seems that Kapoor is missing his days of shooting with Tanwar a lot. The actor shares a series of images with Tanwar from their days of shooting and captioned the post, "Tanwarrrrr….. missing you yaaaaaar !!!!!"-

The photos have Kapoor and Tanwar sharing a meal on the dining table and posing in the kitchen. While many assumed that this is seemingly from their days of shoot on Bade Acche Lagte Hain but it might be any other shoot actually. Because, they haven't just worked on the Sony TV show, they also worked in the successful Alt Balaji show, Karrle Tu Bhi Mohobbat and a couple of TV commercials as well.

We are sure that while Mehta and Parmar will be loved in the sequel, the fans continue to miss Kapoor and Tanwar and watch them on-screen together.

+ 2
1 months ago Yeh that was a for Sakshi’s cookery show Tyohaar ki Thali where Ram was a guest. Loved BALH because of them. And Their chemistry on screen.

+ 3
1 months ago The pics are from a show called Tyohaar ki Thaali- hosted by Sakshi on EPIC channel!Wonderful episode this was...their chemistry was on fire even in cookery show 😍😍😍