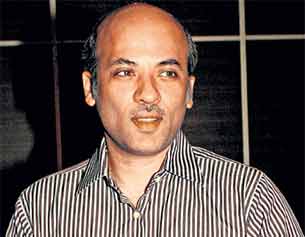 Sooraj Barjatya's home banner Rajshri Productions is known for family-oriented dramas, but it is now set to release a detective thriller titled "Samrat & Co.". The filmmaker says the new generation at his production house is free to make whatever they want.

His cousin Kavita is ready with her first production "Samrat & Co.", a detective thriller.

"May be I feel restricted because of my mindset, my upbringing. But the next generation at Rajshri Productions should not be restricted," the 50-year-old said here Tuesday at the first look launch of the film.

"When she (Kavita) told me about this film, I said, 'Please make it. It is something I would have liked to make, (but) you make it'," he added.

A detective film titled "Agent Vinod" under the banner came out in 1977.

Sooraj said: "We will keep experimenting now. I am also doing that. We should not be restricted, Rajshri should do everything."

Meanwhile, Rajeev Khandelwal, who plays the lead in "Samrat & Co.", says the latest entertainer still has everything one expects from the Rajshri Productions stable.

"Let me tell you - everything you expect from Rajshri is there in this film, certain values... whatever you expect," Rajeev said.