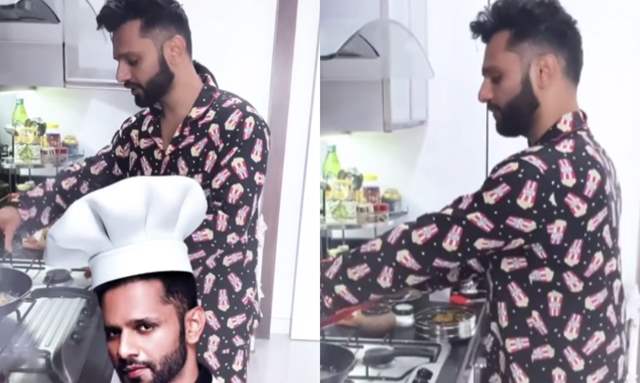 Bigg Boss 14 contestant Rahul Vaidya shared a fun video on social media today as the singer turned cook for his ladylove Disha Parmar. He was seen cooking caramelized eggs, which he revealed he was taught by none other than his friend and brother, Aly Goni. The singer revealed how he feels cooking is a stress buster and inside the Bigg Boss house, it helped him a lot.

From the looks of it, Disha seemed to be having a fun time looking at Rahul cook for her and she expressed how she is mighty excited to have what he has made. He also spoke about how he has learned a lot of things while inside the house and revealed all things he has cooked inside.

Meanwhile, Rahul and Disha are often spotted together while heading out and about in the city and recently, they also took a fun trip, photos of which they both shared on social media. As for their marriage, Rahul revealed in one of his interviews how they will be tying the knot in the next three to four months.

Disha Parmar and Rahul Vaidya on realising their love, what they like ...