Mumbai, Aug 21 (IANS) Akshay Kumar-starrer 'Singh Is Kinng' has done good business all over the country and overseas, but the romantic comedy is a flop in Bihar due to the heavy dose of Punjabi dialogues.

'The Punjabi dialogues, songs and dances went against the film. The Bihar distributor paid a whopping amount of money to buy 'Singh Is Kinng' and is now going to lose a hefty amount,' Suman Sinha, one of Bihar's primary exhibitors, told IANS.

This is perhaps for the first time Akshay's film has bombed here because from his 'Jaanwar' to 'Heyy Babby' all films had acquired blockbuster status in the state.

Producer Vipul Shah is aware of his blockbuster's tainted spot in Bihar.

'I've heard that the Sikh theme have gone against the film's success in Bihar. But I don't understand why. We were aware that some areas would reject the film's USP, namely the Punjabi ambience,' said Shah.

'Surprisingly, the film has done extremely well even in West Bengal where we thought the audience would've trouble connecting with the theme. There's really no explanation for what has happened to 'Singh Is Kinng' in Bihar.'

There have been instances of films that have bombed in the rest of the country doing well in Bihar like 'Dulhe Raja' and Riteish Deshmukh's debut movie 'Tujhe Meri Kasam'. But never has a worldwide hit been rejected in Bihar.

Interestingly, Kareena Kapoor- Shahid Kapur-starrer 'Jab We Met', which also had large dollops of Punjabi flavour, was a hit in the state.

'But 'Jab We Met' didn't thrust the bhangra culture up audiences' throats. Like it or not, the rest of the country is not as fond of Punjabi culture as Bollywood,' argued Suman Sinha. 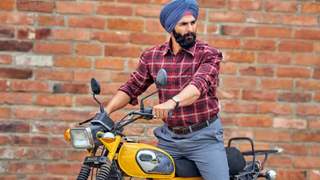