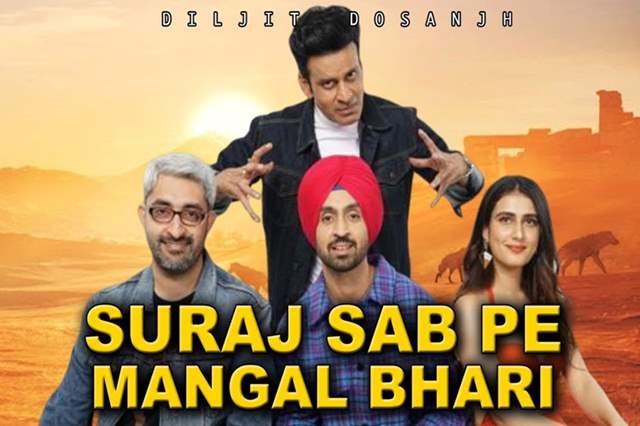 Amidst the current scenario where theatre viewing experience still seems to be a distant factor for many out there, the theatre owners are trying every trick possible to have the audiences come back to the screens to watch films. Many upcoming films are currently being considered for a parallel release with theatres and streaming platforms both and a few first on the platform then on streamers - as the usual.

There was a buzz that the producers of upcoming film Suraj Pe Mangal Bhari - Zee Studios had told the exhibitors to cough up the digital fee which is usually borne by the producer. But owing to the current unprecedented times, a report in Times of India suggests that the white flag was waved albeit indirectly by UFO Moviez- the collector of the digital fee. UFO got into the conflict and exempted the digital fee, which in turn gave theatre owners a sigh of relief and brought a smile to the faces of their officials.

Welcoming the opening of cinemas in Mumbai, Managing Director of Gaiety-Galaxy Manoj Desai says, "We had been hit for 8 months due to the lockdown. Thank God that the digital fee was not imposed on us. We wouldn't have been able to afford it and instead would have chosen to stay shut. But now that it has been sorted, I think the scenario is looking better," and adds, "However, we are still being told to share 50 per cent of the ticket revenue, for precisely 12 days this time in contrast to the earlier split of 50-50 in Week 1 and 57.5-42.5 in Week 2. There's a meeting slated for 3.30 pm in that regard, let's see what happens in that."

Exhibitor Akshay Rathi says, "The digital fee has been waived off, now more producers will be looking forward to releasing their films. The need of the hour is that the entire ecosystem should contribute to the start of the theatre sector and subsequently rebuild it."

Chief Programming Officer of Inox, Rajinder Singh Jyala, says, "Well, the producers of 'Suraj Pe Mangal Bhari' were concerned if the public would come to see the film. But we told them that it would be a chicken-egg scenario and we would never come to a conclusion as to who should go first. And yes, we had been asked to pay the digital fee but all's well that ends well. We are very happy that 'Suraj Pe Mangal Bhari' is releasing."

Trade analyst Komal Nahata says, "I think 'Suraj Pe Mangal Bhari' will see footfalls and the ones registered in Mumbai and other parts of Maharashtra will be higher comparatively. We needed a big film but at least Zee Studios has shown the courage to be the first one and hence, hats off to them."

Rathi adds, "There's discounting on the tickets and snacks, which in turn should make the road ahead smoother."

However, trade analyst Amod Mehra is not too excited about the development. Says Mehra, "I think many people are still not aware that 'Suraj Pe Mangal Bhari' is releasing. Hardly any publicity has been done."

Star Plus' Imlie to witness the entry of Suraj Sonik